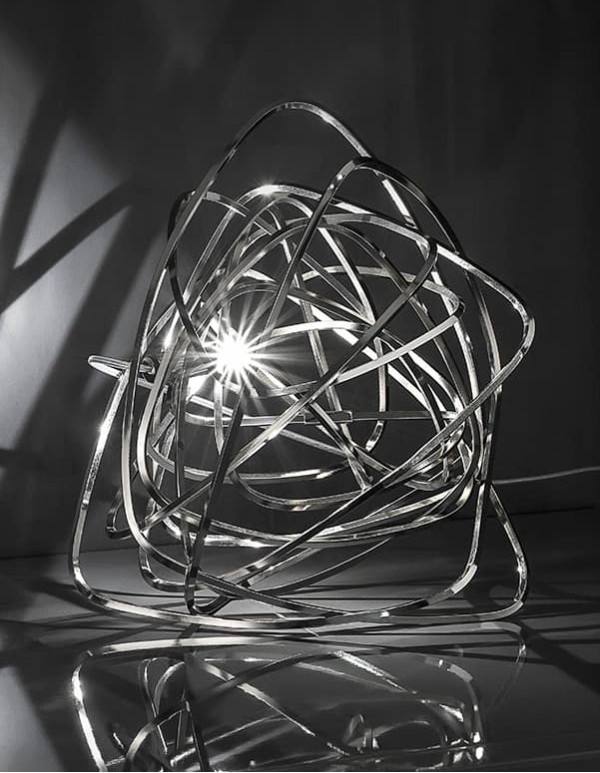 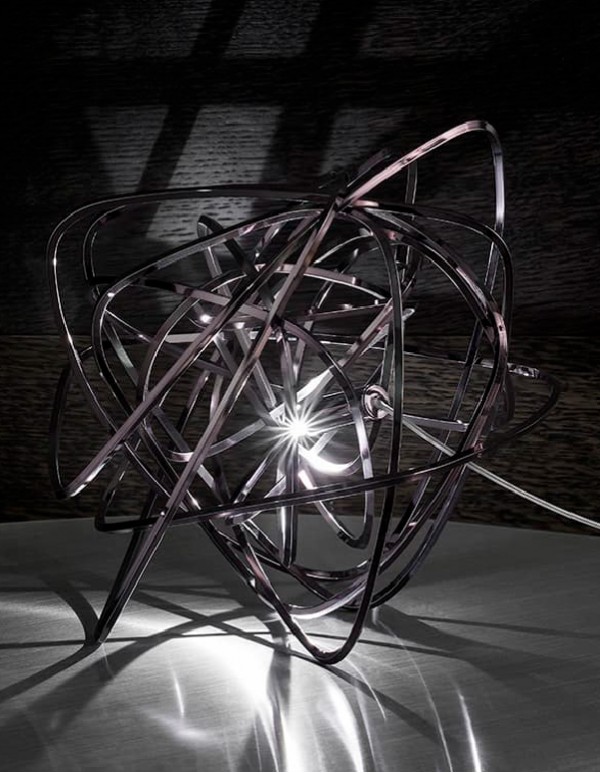 Simone Micheli founded his Studio in 1990 and in 2003 the Simone Micheli Architectural Hero Company, based in Florence, Milan and Dubai. He is the curator of many thematic exhibitions in the most important international fairs. In 2007 he was the representative of the Italian interior design participating to “ XXX Congreso Colombiano de Arquitectura” In Barranquilla, Colombia and again in 2008 participating to the International Conference of Architecture for the Contract field in Hanover, Germany. In 2008 he signed the “La Casa Italiana” exhibition at the “Mube” Museo of sculpture in San Paolo, Brazil; during the same year he participated to the exhibitions at the “Franz Mayer” in Mexico City and at “Centro de las Artes in Monterrey in 2009. He is professor at Poli.Design and at the Scuola Politecnica di Design in Milan. His professional activity moves towards different directions: from architecture to interior design, from visual design to communication; his eco-friendly and nature-oriented creations are characterized by strong identity and uniqueness. Many of his works are realized for public administration and for important private clients linked with the residential world. Among the national and international awards we can remind: the “Best Interior design” and “the Best Apartment Italy” awards won with the project “Golfo Gabella lake Resort” in the competition “ Homes Overseas Award 2007” in London (international award reserved to the best real estate developments in the world); the “International Media Prize 2008” – Shenzhen in the “ Annual Public Spaces Grand Award” category and the “International Design Award 2008” – Los Angeles in the “Interior Design” category, with the project “ New Urban faces for the province and the municipality of Milan; the “Interior Designer of the Year” during “ International Design Award 2008” in Los Angeles; the “Best of the year 2010” in “Beauty, Spa and fitness” category, given by Interior Design Magazine - New.York, Usa and the “International Media Prize 2010” in “Annual Club Space Award” category, given by Modern Decoration Magazine, in Shenzhen, China, for the “Atomic Spa” project of Boscolo Hotels in Milan.The “Tre number one award 2011” in interior design field – Venice, Italy, and the “Contemporary Spa Award 2011” in “Best Future Spa” category - Bologna, Italy, for “Marina Verde Wellness Resort” project, in Caorle, Venice. “Best of the year honoree 2012” in “hospitality” category, given by Interior Design Magazine, New-York, Usa, with “B4 Hotel In Milan” project (now it is Barcelò Hotel). The last award Simone Micheli won is the “Iconic Award 2014” – Frankfurt, Germany - in the “Interior Winner” category, with the project RubensLuciano Offices and showrooms” in Stra - Venice. The iconic award is an international award organized by the German Design Council. His works have been shown in the most important international exhibitions; he held conferences and lessons in universities and cultural institutes of many cities; his publications are on the most important national and international magazines. There are many interviews dedicated to his works and his last monograph “ Simone Micheli From The Future to The Past” published in 2012 is a selection of projects belonging to his last twenty years of activity.

With their most recent and highly celebrated collection, Terzani has taken the next step in its evolutionary process - building from its position as an industry leader to create an incubator for the future of lighting where Terzani can focus on new ideas and continue to redefine the way luxury lighting is made.

e no longer march in a straight line. Our lives are dynamic, intertwining collections of relationships, experiences and journeys. Reflecting the fluidity of our generation, designer Simone Micheli has created a new, contemporary light for Terzani Doodle. Like us, each Doodle is unique each pendant is handcrafted by artisans to resemble a randomised path. And, to give us control over the journey we want to take, each led bulb can be placed anywhere on the light, not only reflecting the choices we make in life, but giving Doodle a special flexibility. Design Simone Micheli. 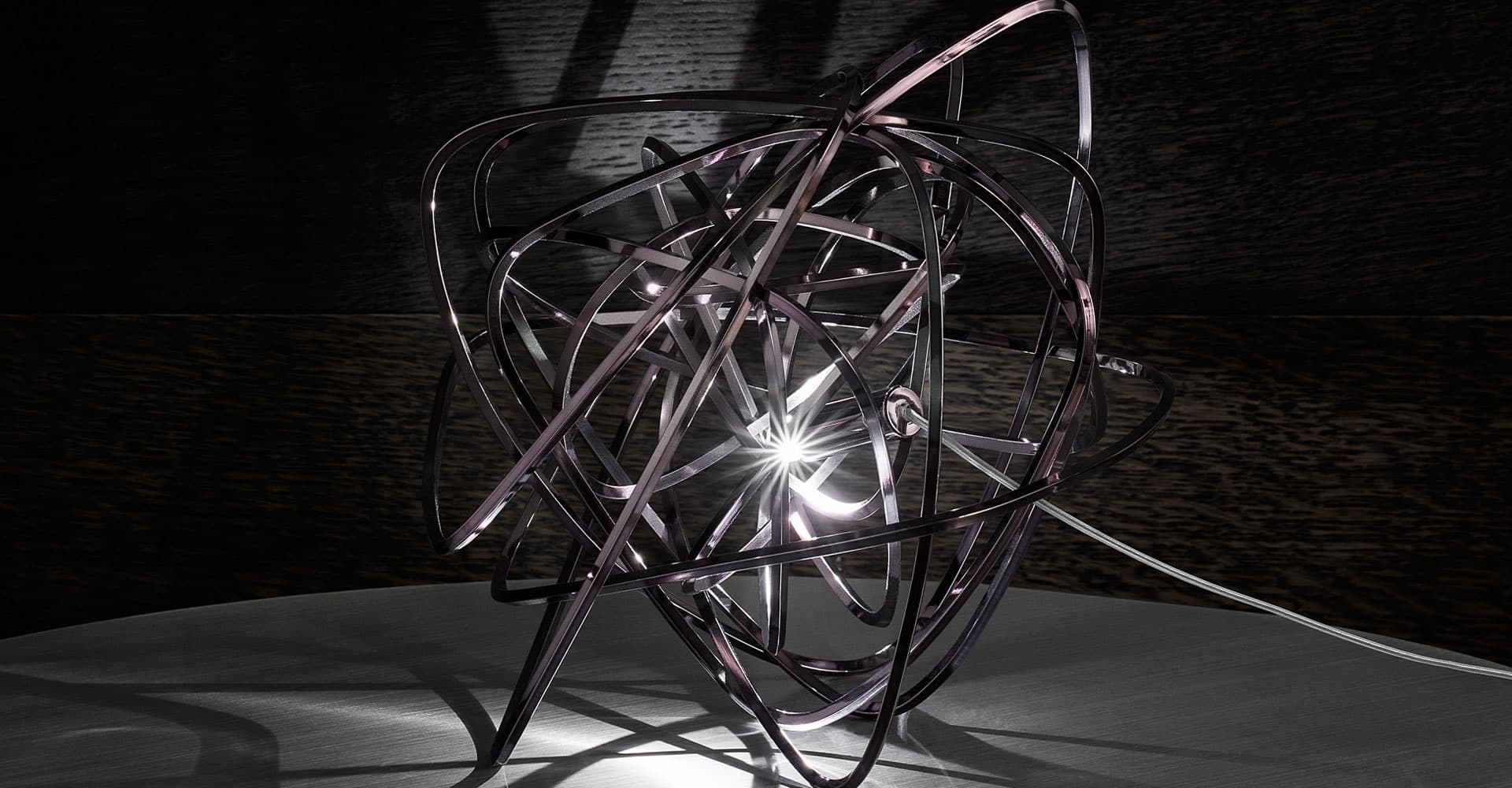 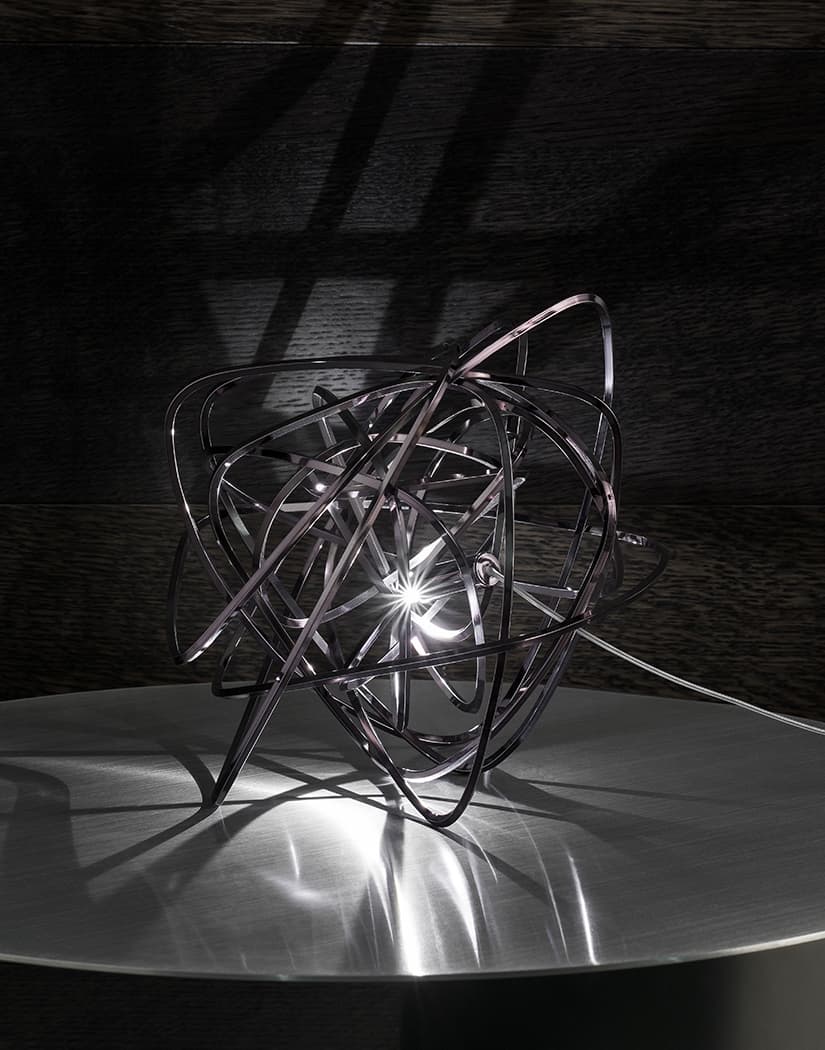 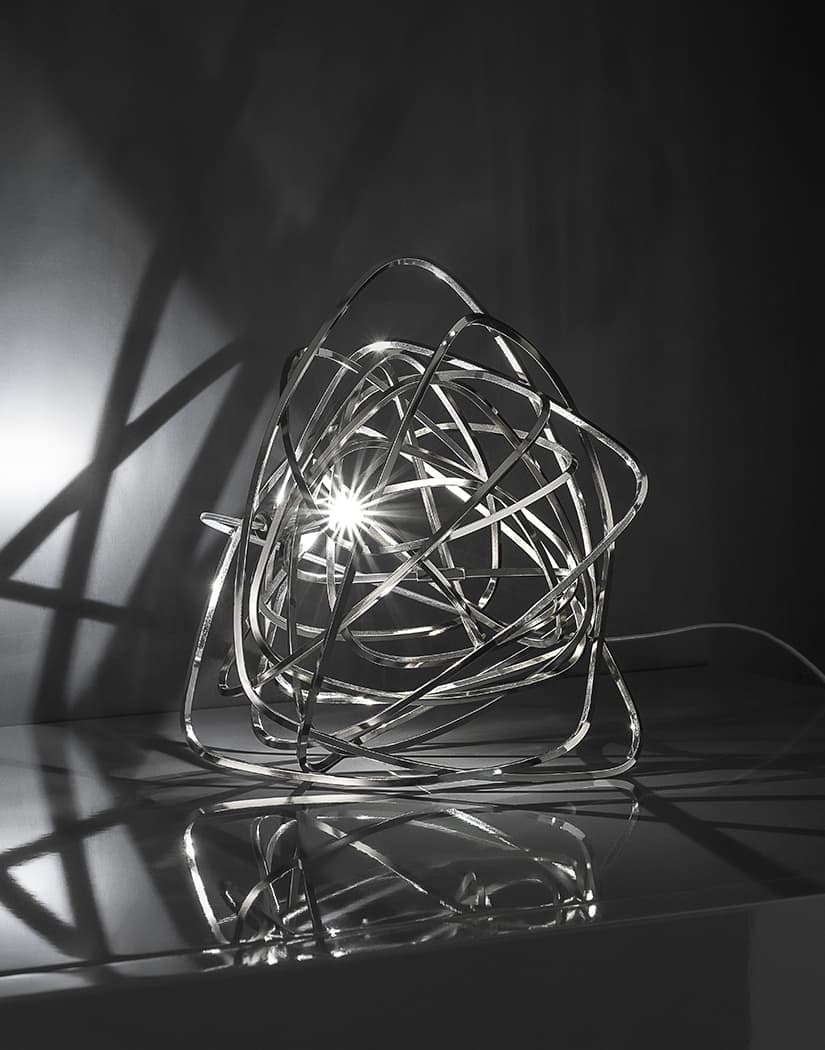 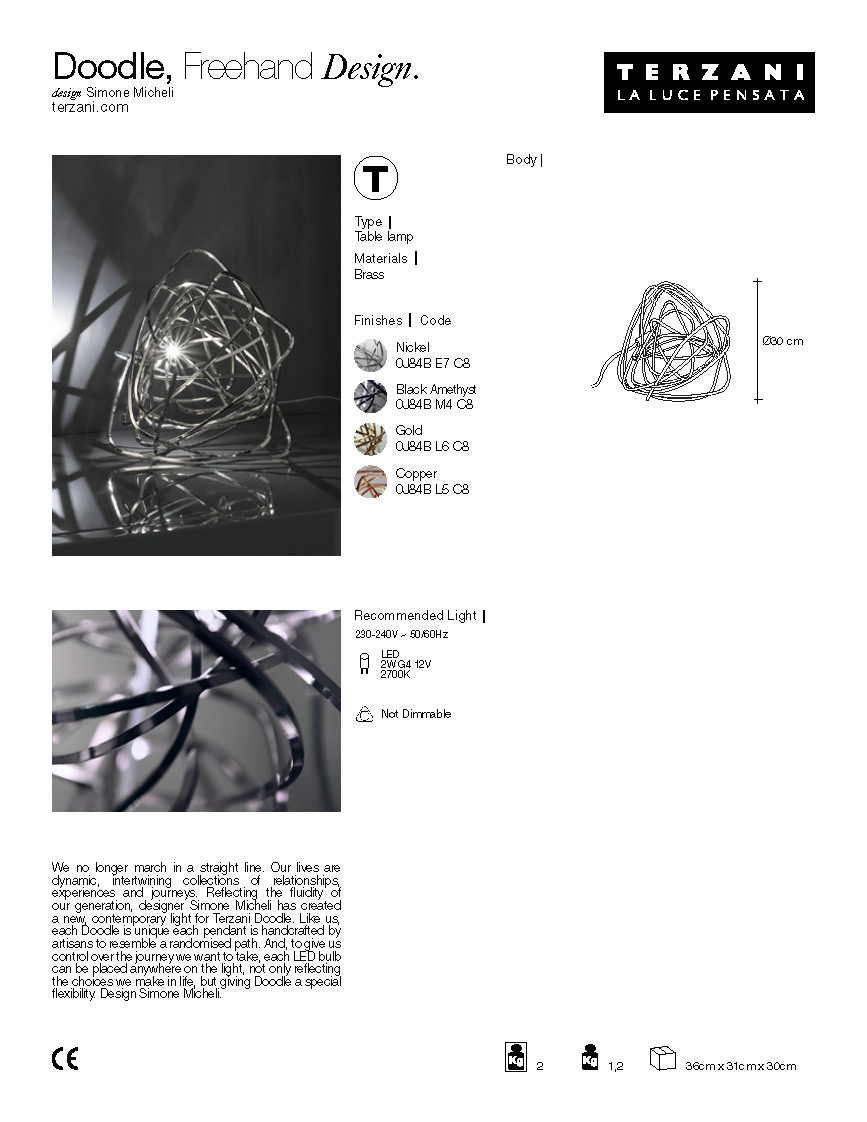