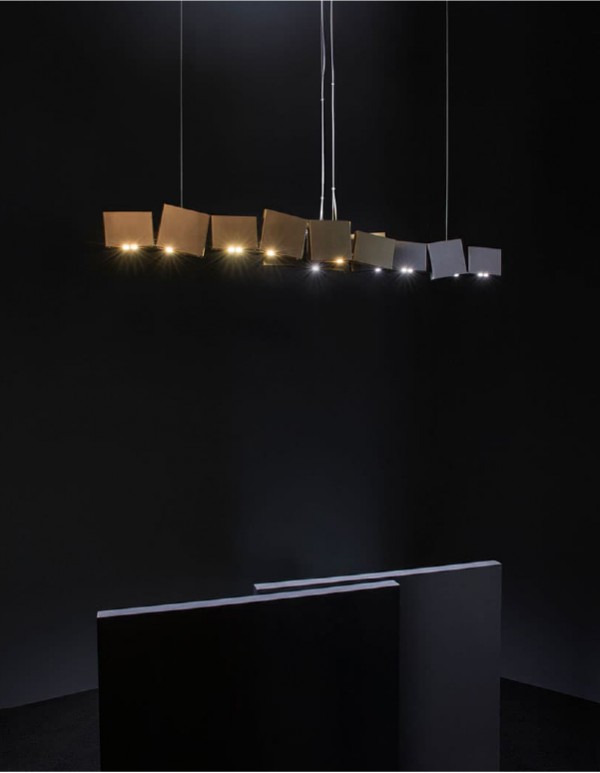 Born in 1949, he attended some of the finest decorative art schools in Paris. He recalls that "I came across people who put me to work. I designed several fashion boutiques in the 60s "la Gaminerie-Paris", it was still day time. At night I also designed several night clubs: "Le Tiffany", "La nuit des Rois", "Le club Alexandre" in Montreal. I needed to eat well after all....and so I also designed several restaurants and bars in Paris Bastille. Then in 1985 I laid on the beach right next to Sergio Terzani, three tumbles later I was working in his workshop. I believed I designed lamps, I believed I had memory, I got lost in the past to come back to the light with...

In Greek mythology, Gaia is the personification of the Earth and the mother of all life. Looking to capture the mythical and natural beauty of this Earth goddess, designer Jean-François Crochet has created the Gaia pendant light. Consisting of geometric frames of brass or raw metal reminiscent of the mountains Gaia created, the pendant uses led light to push light through the “cracks” formed. The resulting light creates a magical feeling, as if the lights peaking through were alive themselves. Available to custom configurations, Gaia adds a vibrancy and sacred light to any space. Design Jean-François Crochet. 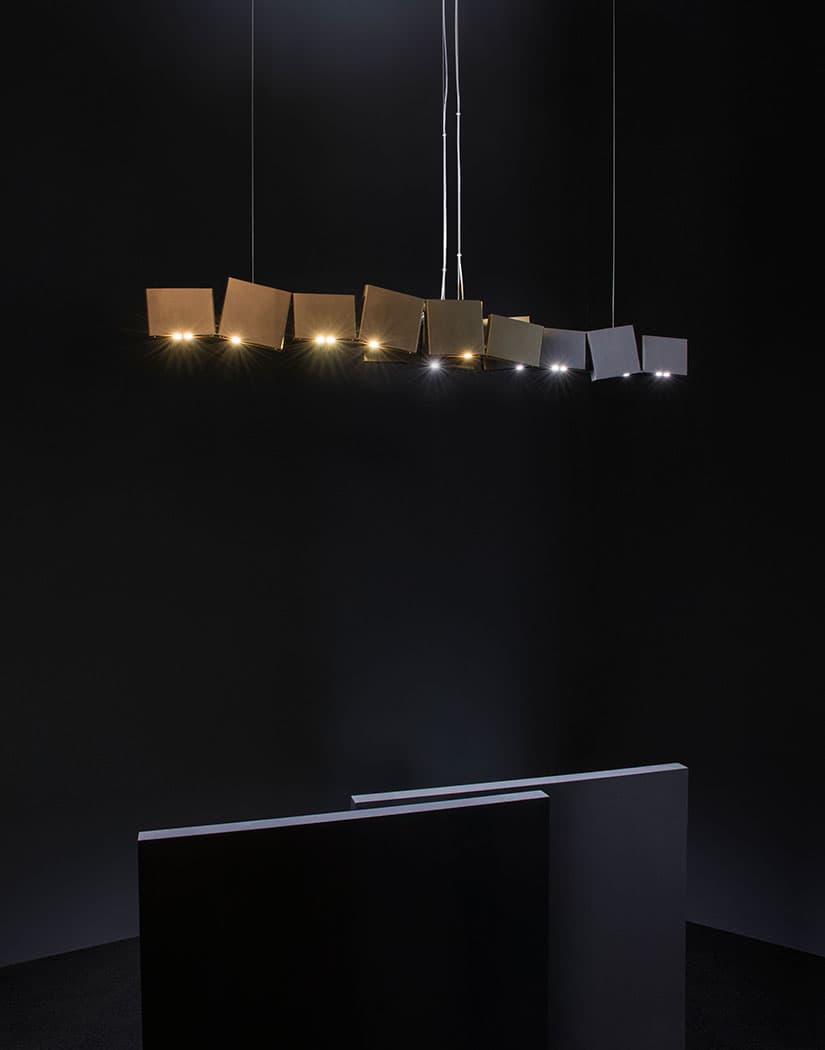 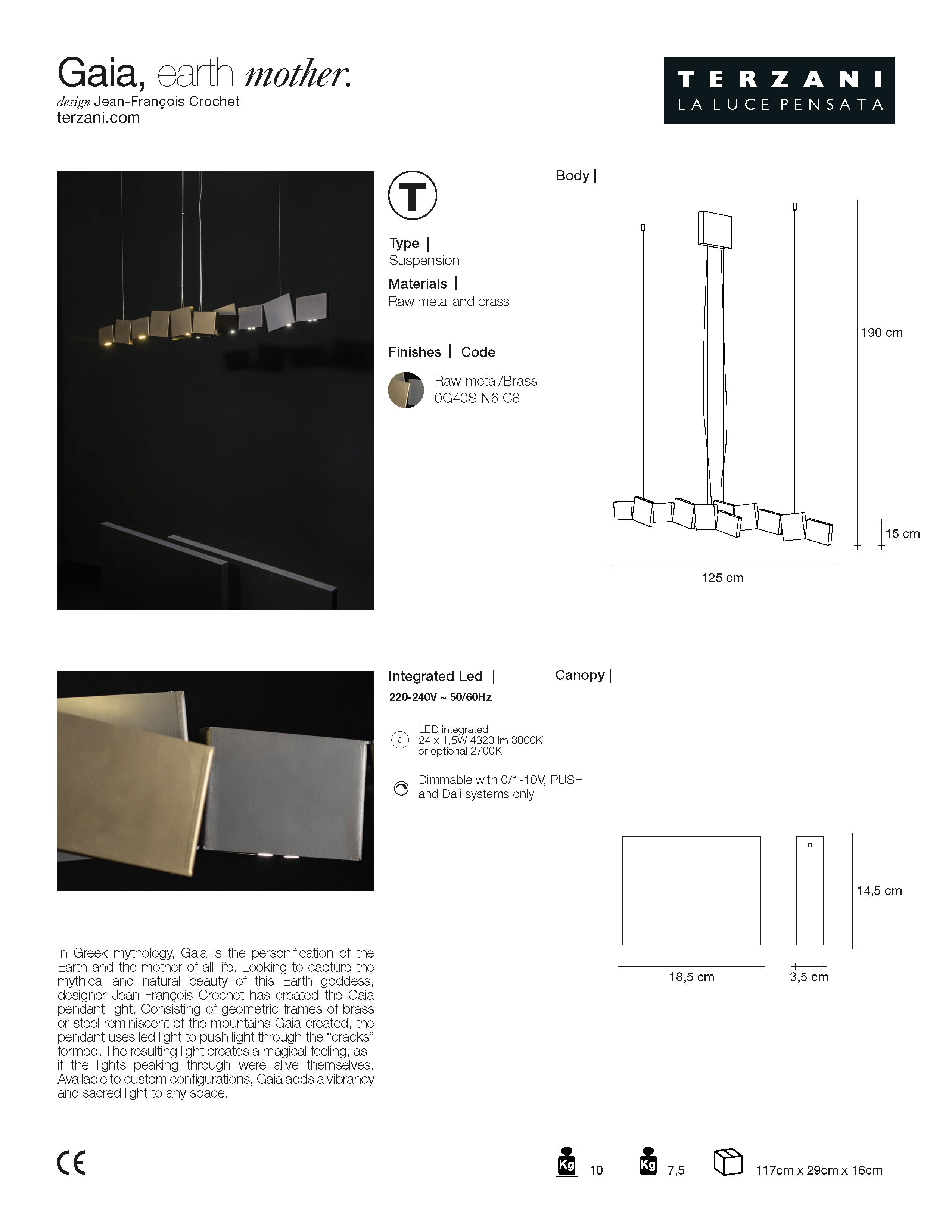